Family law issues are their area of expertise. The majority of family law...
HomeHome & ImprovementImportance of inspecting... 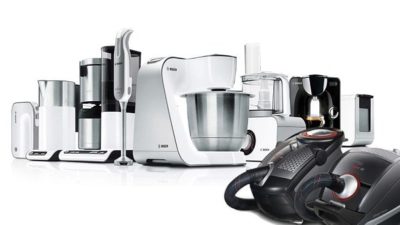 Why is it necessary to perform Regular Electrical Inspections?

Alternating current is easy to transmit across large distances using high power transformers and transmission lines with a minimum loss, hence it is a preferred way of transmitting from a power generating station such as a hydroelectric power plant or thermal power plant.

Most of the electrical devices use Direct Current (DC) to switch on, Devices such as laptops, mobile phones, tablets, and smartwatches have batteries installed in them that use direct current. Direct current has a fixed amplitude and does not follow the sinusoidal pattern hence it is a preferred way to power most of the homes using electrical devices.

The batteries that power these devices are specially curated to serve this function and are mostly based on an alloy such as Lithium Polymer (Li-Po). Naturally, a question arises, the current transmitted from a power station is an Alternating current (AC) whereas the type of current used by most of the devices across the globe is Direct Current (DC).

All the devices which use Direct Current (DC) have a built-in AC to DC converter which converts the incoming alternating current to the output which is the Direct current, this direct current is used to charge the batteries which power devices such as mobile phone, tablets, laptops, and smartwatches.

The devices have to be manufactured with precision to offer a sense of security to the end-user.

Many components that go into the device are assembled at the production facility and have to undergo rigorous testing and pass numerous certifications before hitting the wholesale or the retail market.

For commercial and residential buildings, the current is provided through a step-down transformer and 3-phase wiring in most countries. Larger countries such as India, the USA, China tend to prefer overhead transmission cables to transmit electricity over long distances and smaller countries like Singapore prefer underground transmission cables due to lack of space and as a preference to declutter.

Overhead transmission lines although being cheaper pose a significant risk during a natural calamity like floods or earthquakes. These natural disasters can cause havoc and render the transmission system useless if proper electrical inspections are not performed.

Since the transmission lines travel thousands of kilometers it is of paramount importance to have regular electrical checks and balances in place.

Hence it is extremely important to perform regular and thorough electrical inspections of the transmission line and other power electronic equipment like a step-up transformer, step down transformers, earthing wires, grounding wires, and copper wires themselves which are used to transmit the electricity from one point to another over thousands if not hundreds of kilometers.

Direct current is safer to transmit over short distances because they are expensive, to begin with as the ground underneath has to be dug up and the transmission lines have to be laid out to every corner of the country. The initial cost is high but it has its own advantages like during a natural calamity like floods or hurricanes the underground transmission lines are usually in full working condition.

From a commercial real estate perspective, it is of paramount importance to perform regular electrical inspections. In industrial applications, high power devices such as motors and heavy machinery work in tandem to generate a certain output this equipment is very sensitive to a change in voltage or a change in current,

All this equipment has an inbuilt system to detect over current. This inbuilt system is called a fuse and is installed at the power supply, should an overcurrent occur the fuse melts and safeguards the device.

The fuse is rated in amperes and is made of a thin filament, when an overcurrent occurs the heat is generated and the fuse instantly melts thus safeguarding the device.

Regular electrical inspections include checking the fuse at frequent intervals, checking the manufacturer’s safety certificate, checking the wiring of the building and the quality of materials used during wiring. If the wire is exposed it possesses a great risk to the user sometimes even endangering his or her life.

Hence regular electrical inspections identify this problem before any such unfortunate event takes place. Wear and tear is a major cause of concern for residential buildings or apartments.

If a product has been used for a significant amount of time it undergoes depreciation and does not perform its intended function to its maximum ability, Electrical Services Riverside should focus on identifying worn-out wiring, identify potential safety hazards, identify exposed wiring or identify other potential hazards.

Building regulations keep changing over time and homeowners need to perform electrical inspection and update their electrical systems to have a sense of safety and security in some countries the building regulations are frequently updated and homeowners are required to do their due diligence to safeguard themselves and their family another important aspect of performing the electrical inspection is when buying a property from an existing owner,

in this case, thorough electrical inspection and due diligence has to be performed by the buyer and has to be acknowledged by the seller before the transaction can take place.

Cause of electrical fire

One of the major causes of fire at homes is faulty electrical equipment or overloading a particular socket or ganging up a power supply beyond its capacity. These things can be avoided while performing electrical inspections. Hazards such as fire hazards, over-voltage, over-current can be caused by faulty equipment it is estimated that over a thousand homes are destroyed every year due to negligent practices while handling their electrical equipment.

For example, when water comes into contact with electricity it conducts electricity and causes harm to the user, a faulty pipe running in parallel to an electric conductor can be a dangerous thing and regular electrical inspection can identify this issue and provide a solution,

fire hazard due to faulty equipment is a major cause of concern for homeowners because the thermal resistance is converted to heat and could potentially harm the user and cause a major fire hence unauthorized use of uncertified products without a proper Electrical Panel Installation could prove to be catastrophic to the homeowner, regular electrical inspections should take into account all these factors such as certification, fuse ratings, faulty wires, faulty pipes, overloading, etc

Most countries have their own electrical standards and the builder or the contractor needs to follow these rules and regulations laid out by The regulators in full without skipping any steps to ensure the safety and security of the homeowners,

the most important thing about this thing is to get someone who is competent and qualified to do the job, it’s easy to fall into the trap of it’s all cost-related but sometimes if you go for the cheapest contractor whatever it gives you will be a waste of money anyway because the condition report potentially might not stand up in a court of law to scrutiny the main thing is to employ a competent and qualified electrician to do the job,

Hence a qualified electrician with proper certification has to be employed to perform regular electrical services riverside inspections although it could be expensive it could potentially save lives.

From a macro-level perspective, proper circuit breakers have to be installed and their functionality has to be periodically tested to ensure it can perform the intended function.

During electrical inspections, it is highly recommended to design a fault and check the working of a circuit breaker this exercise can potentially save the user from an electric shock or even prevent fires due to overcurrent, overvoltage, or overheating.

The homeowner will be using lower electricity and will be leaving a smaller carbon footprint by performing a regular electrical inspection and by replacing old equipment with newer ones.

Therefore, it is highly recommended that the homeowners especially the owners residing in an older flat or apartment perform an electrical inspection at the earliest to save money, to save electricity, and have peace of mind.

In addition to performing regular electrical services riverside inspections, the user needs to follow certain safety protocols while using potentially dangerous devices for example a user has to avoid handling the equipment with wet hands as water is an excellent conductor of electricity and could potentially harm the user if it comes in contact with faulty equipment.

The user has to follow safety precautions like using insulated tools, turning off the mains before replacing a device, using insulated gloves and protective eyewear while working with high-power devices. Avoiding contact with conductors like aluminum or copper during installation or repair of devices can safeguard the user also the equipment has to be disconnected from the mains before trying to repair or troubleshoot the device,

Although electrical inspection can be expensive it can save money in the long run by reducing electricity costs and by reducing the carbon footprint.