Family law issues are their area of expertise. The majority of family law...
HomeTechnologyChadar Trek full... 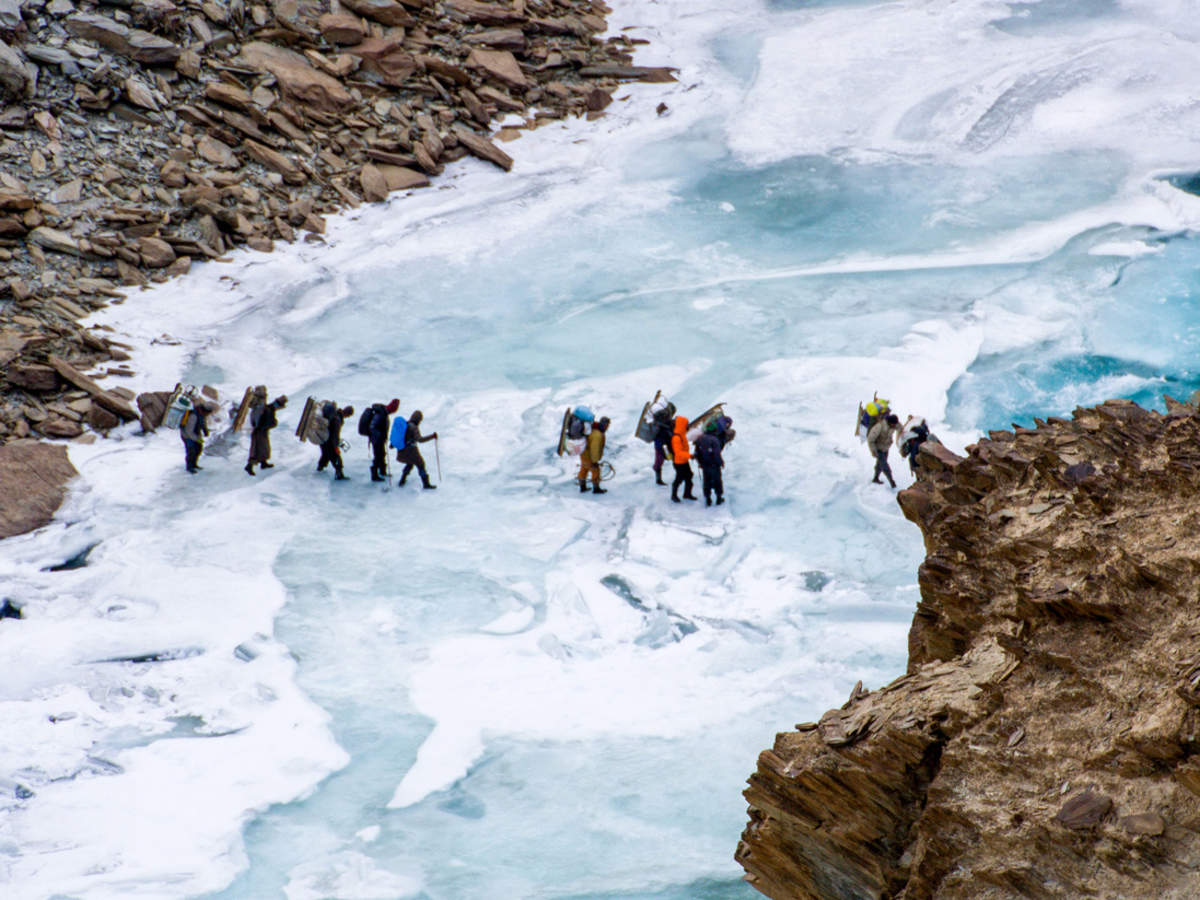 All About Chadar Trek

The Chadar Trek or the Frozen river trek takes place in the winters, during January and February. This trek occurs on the Zanskar river which is frozen in winter, and the ice is thick enough for trekkers to walk over it.

When the Zanskar river freezes in the winter, it looks like a sheet of ice, and hence, in the local language, it is called Chadar. It is a popular trek among adventure junkies as the frozen river expedition.

Owing to the low temperatures and the snow-terrain, Chadar Trek is one of the most challenging treks in Ladakh.

Trekking is one of the go-to activities of adventure enthusiasts to get away from routine life. And what could be more challenging than walking on a frozen river!

Although the landscape in Leh is heavenly all year round, witnessing it during the winters is a completely different experience. The whole region is white with snow. The temperatures are well below the freezing point, which adds a new challenge to the entire experience of trekking.

The Chadar Trek takes place in the winters, during January and February, specifically, from the 15th of January to the end of February.

The Zanskar river and the snow on the mountains offer a breath-taking view for the trekkers. The beautiful sceneries are the best reward one could get for the grueling trek that they undertake.

Although tourism in Ladakh flourishes during the summers, the  Chadar trek is one of the most popular activities that take place here during winters.

The Chadar trek is only accessible during winter, from January to February. During the day, the temperature ranges from 15 to 20 degrees, while at night it falls well below the freezing point from -25 to -35 degrees. Trekkers have to be well-prepared physically and mentally to cope with these conditions.

The Chadar trek is at an altitude of approximately 11,400 feet above sea level. The terrain is scattered with ice-covered rocks and glaciers apart from the Zanskar river.

How long is the Chadar Trek?

The total distance covered during the Chadar trek is around 105 kilometers long. 15 to 17 kilometers are covered each day, and the duration for the trek ranges from 8 to 9 days. Most of the trek involves walking on the frozen river surface. However, in some places, trekkers need to climb a few rocks as well.

How to reach Chadar Trek?

During winters, most of the roads to Leh are blocked, and flights are the only option to get there. When the trekkers have reached Leh, they need to spend 3 days as a part of acclimatization. Since Leh is situated at a higher altitude, the oxygen levels and air pressure are low, which may cause Acute Mountain Sickness (AMS).

Early morning on the 4th day, trekkers are transported to Tilad Do via Chilling. It is a 65 kilometers long drive and takes approximately 2 hours. Tilad Do is the starting point of the trek.

On the first day, trekkers are driven to Shingra Yokma, which is the starting point of the trek. The overnight camp for the day is at Gyalpo.

The destination for the second day is Tibb Cave. This is at a distance of around 12 kilometers from Gyalpo and it takes 5-6 hours.

After breakfast on the third day, the trek to the next point begins – Naerak camp. The trek is 13 kilometers long and takes 6 to 7 hours.

From Naerak, the trekkers move to Tibb cave, which is at a distance of 13 kilometers and the trek duration is approximately 5-6 hours.

The last day of the trek is from Tibb cave, back to Shingra Yokma via Gyalpo. The distance is 18 kilometers, and the duration is 7-8 hours. From Shingra Yokma, trekkers are driven back to Leh.

The past couple of years have been difficult due to the pandemic. However, we plan to have the trek programs in place for the year 2022. The Chadar trek can be done only in winters, from January to February. Specifically, the treks will start from 10th January and will be happening till the end of February.  Chadar trek  2022 Details

How difficult is the Chadar Trek?

Chadar trek is one of the toughest treks in the country. The camping conditions are harsh, with temperatures as low as -35 degrees during the nights. Trekkers should be prepared to stay in caves overnight and walk around 15 kilometers a day for the duration of the trek.

Warm jackets, trekking shoes, and comfortable sleeping bags are an absolute necessity for everyone who intends to undertake this journey.

Things to carry for the Chadar Trek:

Chadar Trek takes place in the harshest of conditions, and it helps to pack light. Here is a list of essentials that need to be carried on the Chadar Trek:

Owing to the high levels of difficulty, Chadar Trek involves a lot of preparation before the actual activity begins.

Packing essentials: As the trek involves climbing at higher altitudes, the backpack needs to be as light as possible to make things easier. Prepare a checklist, and pack only the essentials.

Unsuitable shoes/outfit:  As the trek involves walking on ice, sturdy shoes with spikes are necessary for this trek. Since trekkers need to walk for around 5 hours every day, the shoes need to be comfortable as well. Also, the night temperature ranges between -25 to -35 degrees. If the outfit is not warm enough, it could lead to many complications related to health.

Skipping meals/water: The trek is physically taxing and takes a toll on the body. In such conditions, trekkers need all the nutrients that they can get. They need to stay hydrated too. The body needs to be physically ready to resist the rough conditions. A balanced diet and water are necessary to keep the body in good shape while on the trek.

Night trek: A trek at night sounds adventurous, however, it may be dangerous to venture out on the snow at night. The visibility is poor, and trekkers may slip on the snow which could lead to serious injuries.

Stay informed about the local weather: Prior knowledge of bad weather helps to stay prepared. At such high altitudes, a snowstorm could land trekkers in jeopardy if they aren’t ready to deal with it.

Other facts that you need to know:

The Chadar Trek is probably one of the most challenging treks in the country. During the winters, the frozen Zanskar river is the only means of contact for the locals, with the outside world.

A new road, from Chilling to Padum, is under construction by the Border Roads Organization (BRO) following which, this route will be closed.